The Only Prescription Product Available in the U.S. that Effectively Promotes Venous Physiology

The Biochemical Pathway and How it Can Lead to CVD 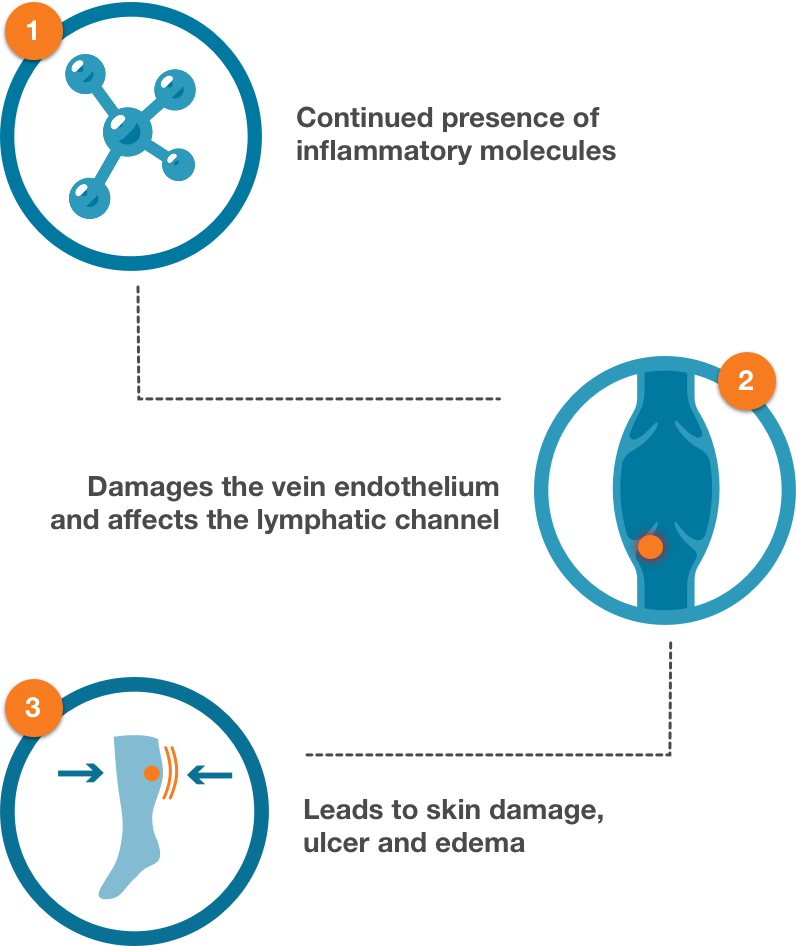 Manage the Biochemical Pathway to Avoid Progression to CVD 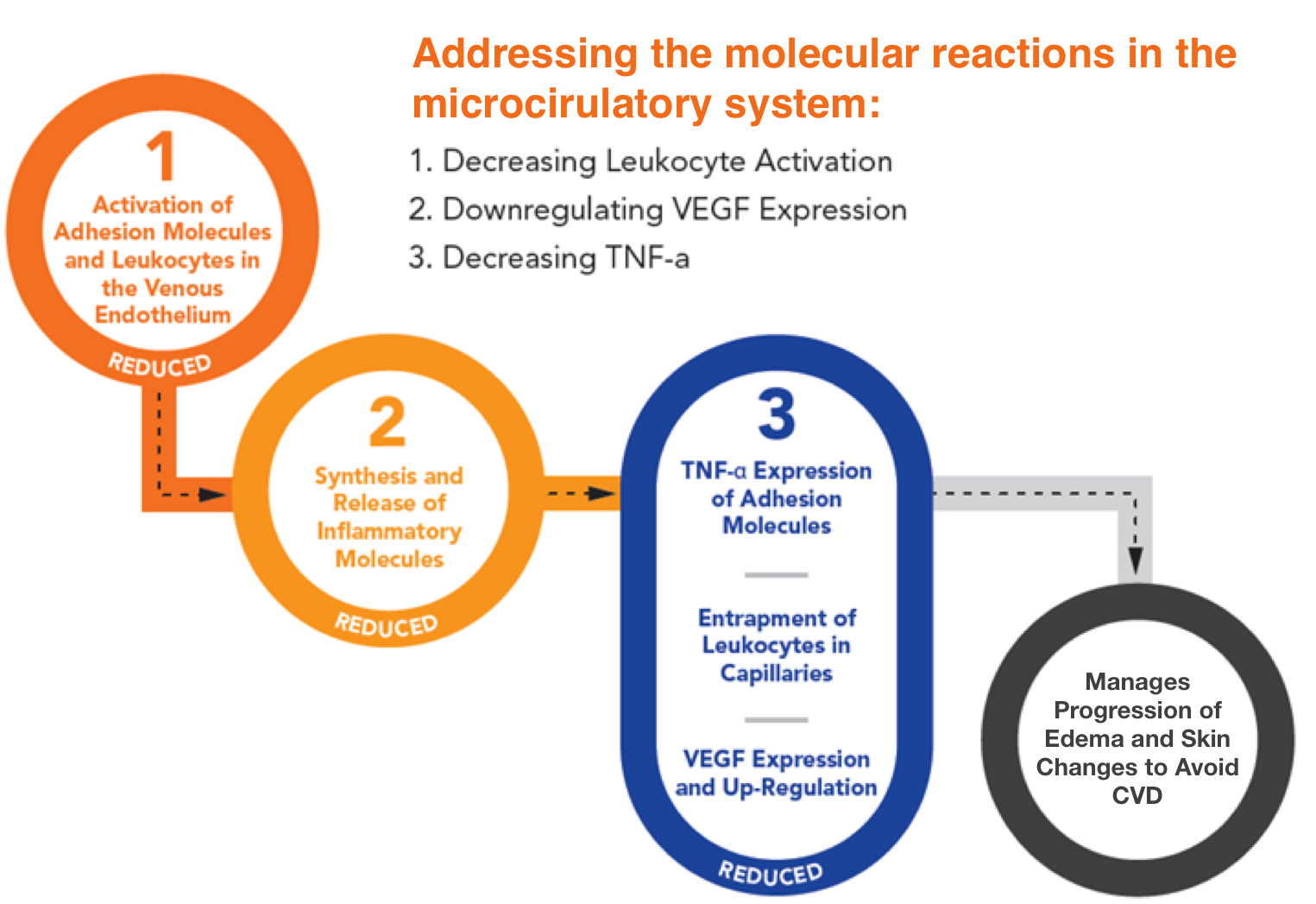 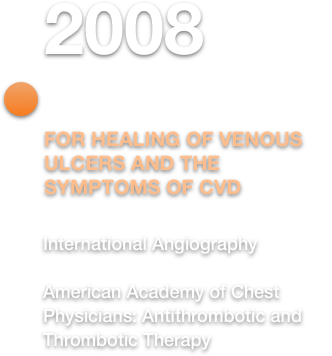 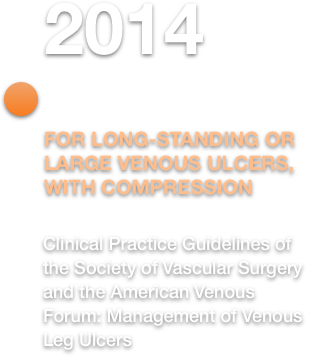 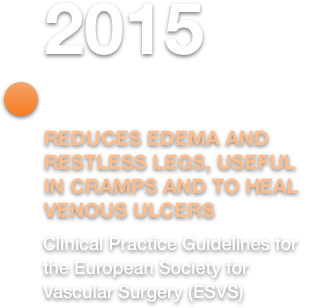 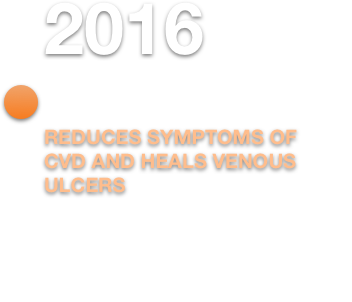 Inflammation is central to symptoms/signs of CVD

Only Available in US formulation of 95% purified flavonoid is diosmiplex:

About the Working Group in CVD
Phlebology 2017 Publication

MPFF Versus Placebo Over 8 Weeks

Micronized purified flavonoid fraction (MPFF) has been successful in maintaining the integrity of the vein walls, which can help in the improvement of the manifestations of the inflammatory processes 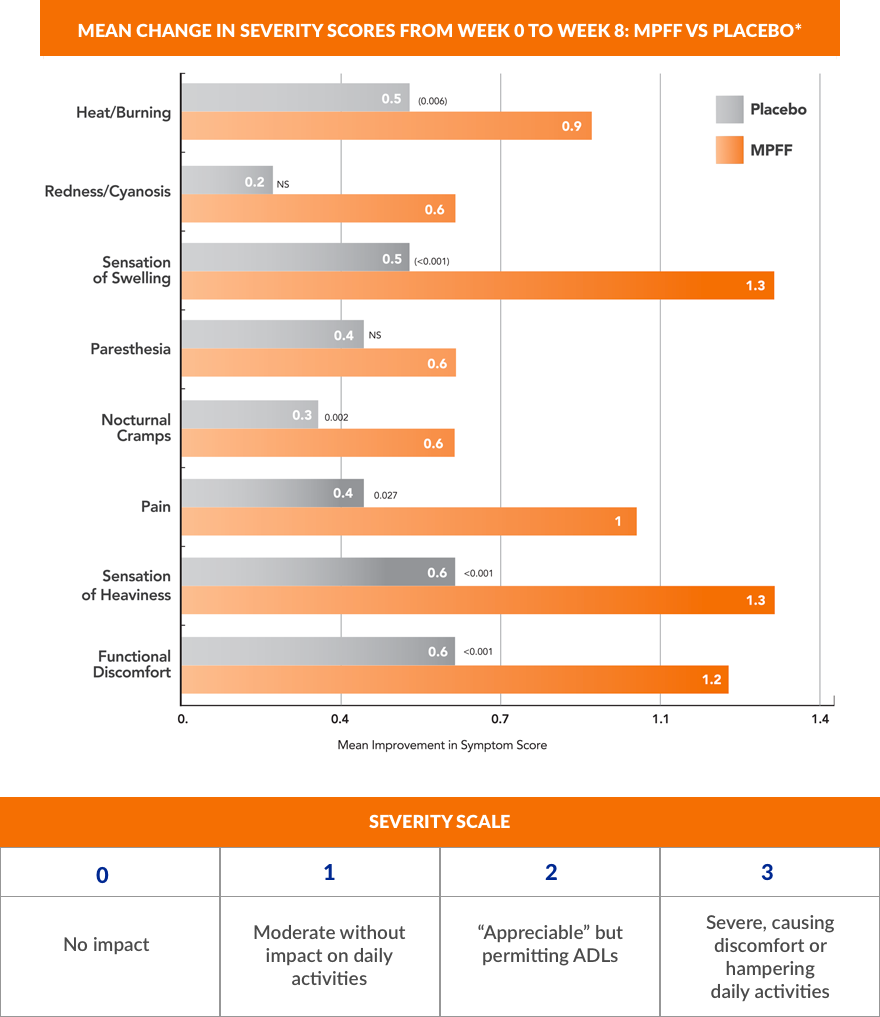 Each manifestation was scored on a scale of 0-4, with 0 being no impact, and 4 being highly impacted. Scores were compared from week 0 to week 4, and after week 8 on MPFF. The bars represent the difference in improvement from week 0 to 8 weeks after taking MPFF vs week 0 to week 8 on placebo. The change between week 0 to week 8 for MPFF was significant compared to placebo in 6 out of 8 manifestations of vein compromise, with greatest significance in reduction of swelling, heaviness and functional discomfort. Although there was a reduction in the severity score for paresthesia and redness, the reduction when compared to placebo did not reach statistical significance. 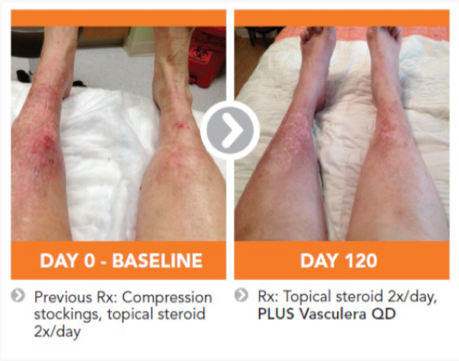 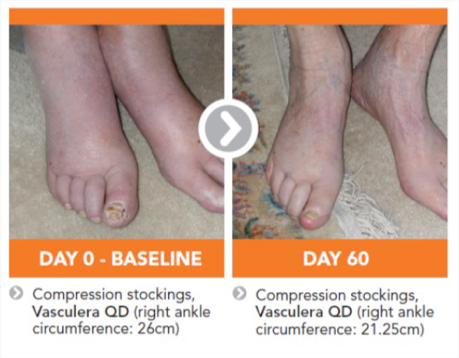 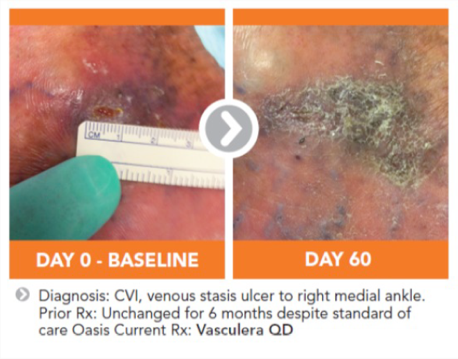 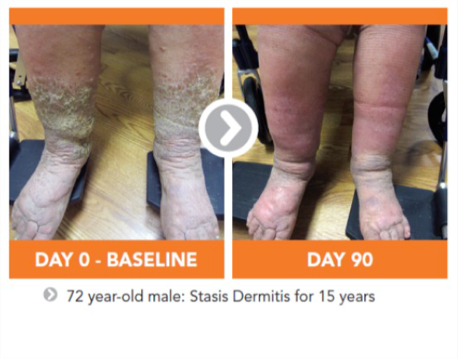 The term "medical food" means a food which is formulated to be consumed or administered enterally (by mouth or feeding tube) under the supervision of a physician and which is intended for the specific dietary management of a disease or condition for which distinctive nutritional requirements, based on recognized scientific principles, are established by medical evaluation. (source: 21 U.S.C. sec. 360ee(b)(3). -- [from the Orphan Drug Act, 1988]

The diosmin in Vasculera is MPFF (micronized purified flavonoid fraction) derived from hesperidin found in oranges and other citrus fruit, with the highest concentration in the rinds (see the USDA flavonoid database). Flavonoids are healthy ingredients that give color to vegetables, fruits, cocoa, red wine and green tea. To get the same amount of diosmin packed into a single Vasculera tablet, you would need to eat about 140 oranges per day (rind included). Diosmin has been used in Europe as a prescription product for more than 30 years. Dozens of well-documented clinical studies support its effectiveness and safety.

Alka4-complex is a buffering agent that counters acidity in the blood, which can damage veins. Vasculera does not contain fructose, glucose, sucrose, lactose, gluten, maltodextrin, tree nuts, peanuts, or flavors and is suitable for vegans.

Diosmin is semi-synthetically produced from hesperidin, another flavonoid found in citrus. Diosmin is also found at low concentrations in oranges and some other citrus fruits in both the rind and juice (see the USDA flavonoid database). Alka4-complex is an antacid produced by mixing certain bases found in other products so that it can survive the harsh environment of stomach acid and be absorbed through the small intestine into the blood.

The half-life for Vasculera is 31.5 hours.

Vasculera maintains the metabolic balance in the vein walls, and addresses the triggers of inflammation by decreasing leukocyte activation, downregulating VEGF expression and decreasing TNF-alpha.

Vasculera effectively promotes venous physiology to avoid the progression to chronic venous disease (CVD). It must be dispensed under physician supervision. Vasculera has been recommended in vascular guidelines and maintains the health of the microvascular system for the relief of varicose veins, spider veins, edema, lymphedema, traveler’s edema, stasis dermatitis, venous ulcers and hemorrhoids.

A systematic review of the clinical literature concluded that the body of evidence supports the effectiveness of the main ingredient in Vasculera, MPFF. Guidelines from experts in international societies since 2008 have recommended the use of MPFF. A recent peer-reviewed publication of the systematic review of the evidence and the recommendation of vascular experts can be found at: http://journals.sagepub.com/toc/phla/32/1_suppl

Similar products have shown no serious adverse events reported in any study. Commonly reported side effects related to consumption of diosmin included lower gastrointestinal disturbances and headaches, which were generally mild and did not result in discontinuation. Please see the Vasculera package insert for further information.

Vasculera is not for patients with hypersensitivity to any of its ingredients. Vasculera is not recommended for pregnant or lactating women. Drug interactions have been described with chlorzoxazone (Parafon Forte), diclofenac (Voltaren) and metronidazole (Flagyl). These reports were based on pharmacokinetic studies in healthy people, but have not been reported in clinical practice. If you believe you are having a drug interaction, tell your doctor right away.

The recommended intake of Vasculera (diosmiplex) is 1 tablet per day to address the changes on the biochemical pathway that could lead to varicose/spider veins, edema, stasis dermatitis and or venous ulcers. Benefits may appear in as little as one week, but may not be seen for 4-to-8 weeks, especially in patients who have progressed to venous ulcers.

For chronic hemorrhoids, the recommended initial intake is one tablet three times daily for four days then one tablet twice daily for nine days followed by a maintenance intake of one tablet daily, or as directed by a physician.

For hemorrhoidal flares, the recommended initial intake is one tablet three times daily for four days followed by one tablet twice daily for nine days, or as directed by a physician.

Primus Care Direct is a hassle-free, mail-order pharmacy service where patients can get their Vasculera prescription for $49 for a 30-day supply or $132 for a 90-day supply ($44 per month), Medicare patients included. This is the lowest possible price available and includes free home delivery. If you have insurance, you may pay even less.

In addition to patient savings and convenience, Primus Care Direct saves time for healthcare practitioners by helping to increase fill rates and eliminating call-backs for prior authorizations.

Vasculera is also available at retail pharmacies, but Primus Care Direct guarantees patients will pay the lowest possible price on their prescription. 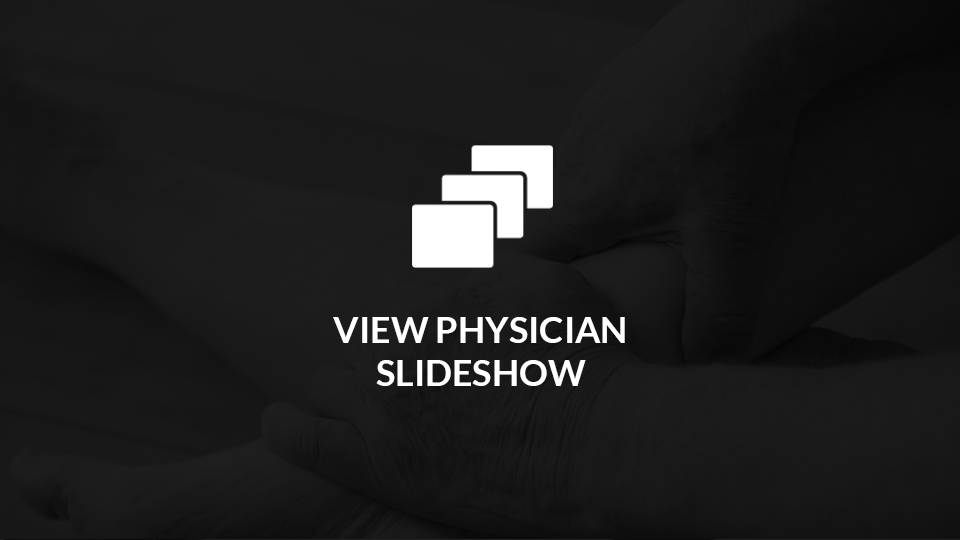 To learn more from experts in vascular disease, The Working Group in CVD, and for more resources on CVD, go to cvdexperts.com.

About the Working Group in CVD
Download Physician Materials